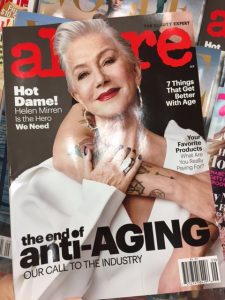 7 thoughts on “The beauty industry is shifting from anti-aging to anti-anti-aging. So what?”