This Guest Post is by Paul Lukas, a journalist and media artist based in Brooklyn, New York, and first appeared on Uni Watch on April 28, 2016. He works for ESPN, where he writes “Uni Watch,” the sports world’s foremost (okay, only) column devoted to uniform design. It’s a thoughtful look at a thorny question: how do we create a world that acknowledges age but does not privilege it? Or, as historian David Hackett Fischer puts it somewhat more grandly, “a world in which the deep eternal differences between age and youth are recognized and respected without being organized into a system of social inequality.”

As we recently discussed, uniform rankings rarely bring out the best in anyone. So when my Sweet 16 uni rankings appeared on ESPN last month, I got lots outraged reactions (on Twitter, via email, in the comments, etc.). Annoying, but it comes with the territory.

A bunch of those reactions, though, had a common theme that I want to discuss today. That theme was best captured by reader Richard Barney, who sent me the following email, with the subject line “Get Off My Lawn”:

First, a disclaimer: I’m 51 and no young whippersnapper.

However, after reading your column in ESPN about the best uniforms of the Sweet 16, I realized that … someone needed to point out to you that you’re sounding REAL OLD. As in, you seem likely to drop “wooden nickels” or “sockdollager” into your blogs, no doubt typed up on your Smith-Corona typewriter. Besides UNC’s uniforms, I felt that your list was almost 100% upside down. As that youngster Bob Dylan once wrote: “The times, they are a changin’.”

My advice to you is to either rename your blog to something like “An old guy rants on and on about the good old days” or get out of the house, jump into your Buick Roadmaster, and see the world a bit.

I confess that I was unfamiliar with the term “sockdollager” and had to look it up. But the rest of Richard’s critique was easy enough to follow. 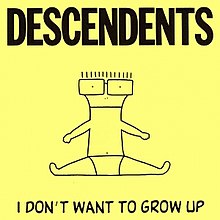 I turned 52 in March. Is that old? I don’t know. What I do know is that I don’t consider myself to be old. I’m told all the time (most recently by my new doctor) that I look way younger than I am, to which I usually reply, “Well, it helps to be really immature.” More seriously, though, I’ve said for years that I’m proud to be an adult but have no interest in being a grown-up. I’ve never had or wanted kids, I’ve never had or wanted a mortgage, I haven’t worked in an office in 20 years and am pretty sure I’ll never do so again, I spend almost every day wearing jeans, sneakers, and T-shirts and listening to rock and roll, and so on. Has all of that contributed to my looking youthful (or at least youthful-ish)? I suspect it hasn’t hurt. I also feel youthful — my body feels more or less the same as it did when I was 35.

But of course Richard Barney — the guy who wrote that email — wasn’t talking about my looks or my life. He was talking about my writing, my opinions, my aesthetic. Now, I don’t happen to agree with his assessment, but let’s say, for the sake of argument, that he’s right. Let’s say my writing makes me sound every bit of 52 years old. In fact, let’s go further and say I come across as 62, or even older.

Here’s a question: What’s so bad about that, and why should it bother me?

Why exactly is it considered such a bad thing, a wrong thing, to sound like you’re in your 50s or 60s? Why did Richard say, “someone needed to point [that] out to you,” and why did he feel he needed to be that someone? If I had sounded like someone who was 35, or 30, or 25, would he also have felt the need to point thatout? If not, why not? Why is it that “sounding old” is considered to be a negative, while “sounding young” (or at least not sounding old) is considered to be just fine?

I’m not suggesting that “sounding old” (a nebulous term at best) is a great thing, or that we should celebrate it or give it privileged status. I’m just asking why wedenigrate it and give it lower status. We even have that term that Richard used in the subject line of his email, “Get off my lawn,” which has basically become code for devaluing and marginalizing old people. Some people even use that term when referring to themselves, which I find inexplicable. Yes, I know, it’s a way of laughing at yourself, ha-ha. But it’s also a way of marginalizing yourself and your opinions, and — more importantly — a way of buying into the larger cultural default that older people and their points of view are not to be taken seriously.

I was already thinking about all of this when I recently had a discussion with a guy who works for one of the Big Four pro leagues. The guy was talking about various people’s tastes in uniforms — including my tastes — and at one point he said, “Let’s face it, if we come up with a design and a bunch of white sportswriters in their 50s don’t like it but my 13-year-old kid loves it, we’re probably on the right track.”

Here’s the deal: When I write about uniforms, I’m not trying to tailor my opinions to any generational profile or appeal to any demographic group. I’m simply articulating what I think, as honestly as possible. Some folks may agree and others may not, and maybe those two camps will cleave along generational lines. If so, that’s interesting, but I don’t see it as problematic.

Let’s go a bit deeper: Let’s say, again for the sake of argument, that my opinions on uniforms are really out of step with those of younger readers, and that these younger readers will stop reading my work as a result. I’m sure that would widely be viewed as a problem — like,”Oh-oh, he’s losing the younger audience.” But now let’s turn that scenario on its head: Let’s say I had the tastes and aesthetic of a 25-year-old (whatever that means) and was therefore having trouble attracting readers in their 50s and 60s — would anyone view that as problematic? If not, why not?

A lot of this, of course, comes down to marketing, advertising, and merchandising. People in their 20s and 30s buy a lot stuff (including jerseys, caps, etc.), so they’re considered more valuable in the media world. Older people aren’t a particularly sought-after demographic because they don’t buy as many things (or at least not the same kind of mass-marketed products with high profit margins), so it’s easier to dismiss them — both in the marketing world and, by extension, in much of the rest of our culture.

Here’s another example of that: In yesterday’s Ticker, I wrote, “The D-backs are letting their social media followers vote on which uni the team will wear this Friday. I guess fans who don’t follow the team on social media don’t matter.” Reader/commenter Tom (who didn’t give his last name) objected to my critique, sarcastically saying, “I guess there’s no sense in doing something a little inclusive.” But here’s the thing: Letting social media followers determine your uniform isn’t“inclusive.” It actually excludes a big part of the fan base, because research shows that social media users skew disproportionately young. You want to be inclusive? Announce during your game broadcasts that fans can vote for their preferred uniform via text messages, because cell phone ownership is much more universal than social media usage.

I may be a bit more sensitive to this issue because I grew up with older parents. My mother and father were 40 when I was born, and that was in 1964, when having a kid at 40 was pretty rare. I was always very aware that my parents were older than my friends’ parents, and my friends were aware of it too. My parents dressed a bit differently, they furnished our home differently, and they had different cultural reference points. Sometimes this made them seem more interesting, and I was proud of that. At other times, I’m now ashamed to say, I was embarrassed by it, because I thought they were, you know, not as cool as my friends’ parents, who were younger.

As time went on and my parents entered their 60s and 70s, I watched as the world started giving them little signals that they didn’t matter as much as they once did. The magazines they’d subscribed to for years were running articles about things they didn’t care about or understand; Hollywood was putting out movies they couldn’t relate to; TV had begun to seem almost like an alien world (not just the shows but the commercials). I realize this is part of growing old — the world tends to get faster while we get slower. But it also reflects the way our cultural and marketing apparatuses tend to privilege youth above all else. And because I’d always been keenly aware of having older parents, I was also aware of how they felt like the world was leaving them behind. My mom just turned 92, and to this day I still feel badly for her when I see some sort of pop-cultural story on the cover of The New York Times Magazine, because I know it’ll make her feel clueless and worthless. That sucks. 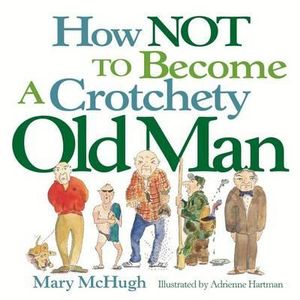 One final thought: My Sweet 16 rankings also prompted a note from someone who told me, “Writing about uniforms? For real? Grow up already.” I’ll get right on that.