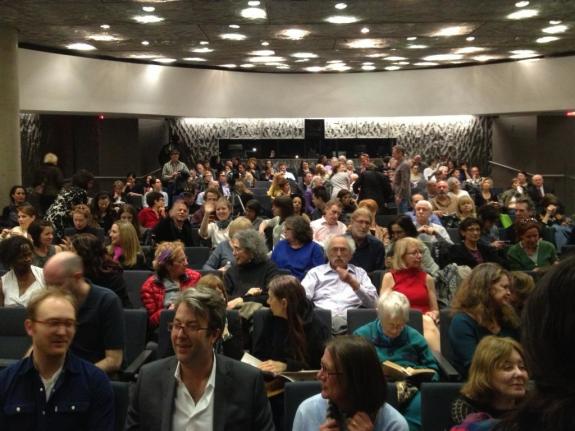 Standing room only at the Cooper Union’s 200-seat Rose Auditorium on Monday, April 8, and again two nights later for my return engagement at KGB Bar! Thank you so much to all of you who showed up and/or helped me spread the word.  Very exciting indeed.

The response from the Cooper Union talk was extraordinary – not just a spirited Q&A sessions but great comments. My favorite?  Variations on on “The topic resurfaced in four different conversations” or “we keep batting around the ideas you raised.” Now that’s exciting. Some other good ones?

“I was very moved by the story of your mother, encouraged by the hard statistics you quoted, made uncomfortable by being forced to acknowledge my own ageist thoughts and self-denigration and ultimately fired up to fight it where I see it in myself and others. You are on to something big!” — Sarah Meredith, painter

“I feel like I went to the gym or spa or something, completely rejuvenated and relaxed!” — Mie Yim, painter (note to self: marketing possibilities here. . .)

“A great evening. Thought-provoking and fun.  I feel a big wave about to land on collective shores.” — Thad Meyerriecks, art mover

“Thanks for a really thoughtful evening. You have found a fantastic mission: raising consciousness that older is far better than the national stereotype that enslaves us all. You have a natural audience in the wave of boomers among whom you surf.  In a perfect world, the youngers will learn from us.” — Jennifer Siebens, producer, CBS News

“You had older folks shifting in their seats and young women amazed. How cool is that? Bravo.” — Susan Hassler, Editor-in-Chief, IEEE Spectrum

“I found your talk to be extremely thought provoking and it is making me see things differently. I think of how a smaller world can still be a rewarding world.” —Karen Dietshe, clothing designer

And a very nice one from the Cooper Union’s David Greenstein, pictured below between me and my partner, to whom he introduced me 20 years ago. “Cooper Union’s Rose Auditorium was SRO on Monday evening as Ashton Applewhite spoke on ageism and its effects on long life. Applewhite, blogger for This Chair Rocks and Yo! Is This Ageist?, was by turns factual, passionate, and witty as she recounted anecdotes from her own life and the lives of “olders” she has encountered. She coined that term because it emphasizes the spectrum along which chronological age becomes increasingly irrelevant. The audience gave Applewhite a rousing ovation and stayed around for a lively discussion afterwards.” — David Greenstein, Director of Continuing Education and Public Programs, The Cooper Union 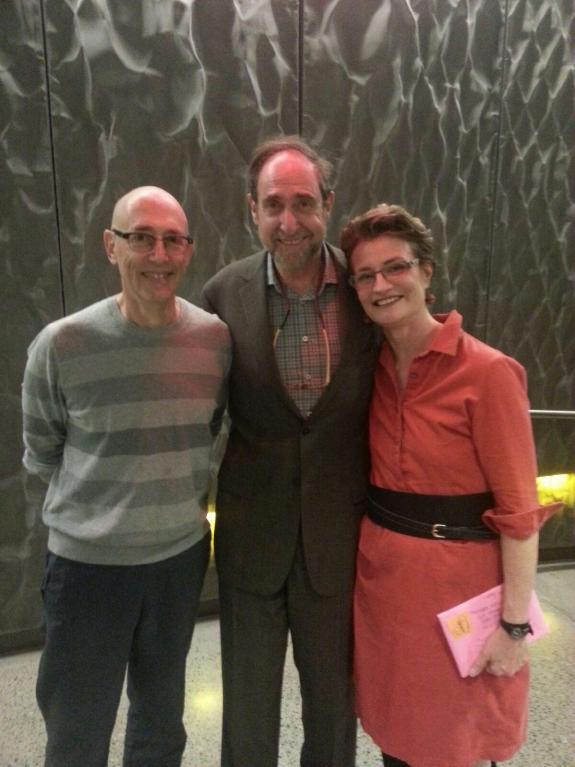 One thought on “packed the house twice this week”