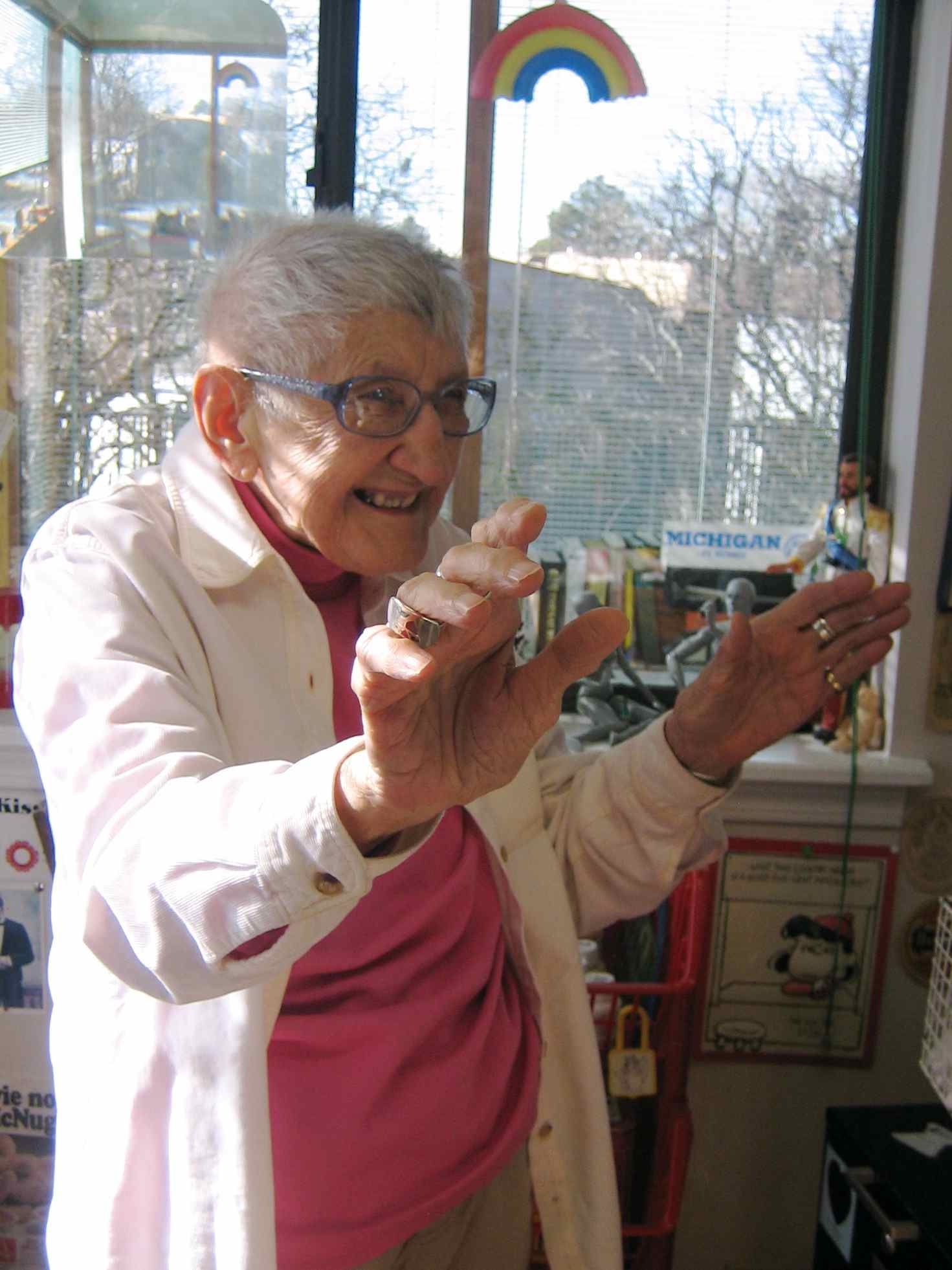 After arthritis forced her to give up embroidery in her 70’s, the renowned American folk artist Anna Mary Robertson Moses (aka “Grandma Moses”) took up painting. She lived to be 101. Coincidence? Not if Gene Cohen, the eminent evangelist of good news about the aging brain, was right.

In a recent talk, Cohen described neuroscience findings that show unforeseen psychological development late in the life cycle. As we turn 80, frontal lobe changes improve the ability to deal with negative emotions. Cohen likes these empowering changes to “friendly metaphorical inner voices saying, ‘If not now, when? What can they do to me?’ This gives people comfort, confidence, and courage,” the gerontologist attests. In the audio clip below Marcia Muth describes how the lessening of anxiety has made her 80s even more enjoyable than her 70s.

Muth is a poster child for another significant discovery referenced by Cohen. A 2002 brain-imaging study out of Duke University showed that while younger subjects relied predominantly on one side of the brain or the other (depending on the task), older people began to use both sides in a more synchronized way. Cohen describes this as “moving to all-wheel drive. Any activity that optimally uses both sides of the brain is like chocolate to the brain. Art is like that. Folk art, for example, is dominated by older people,” he comments.

Muth, whose first career as a librarian is described in this post, began painting in her 50s. You guessed it: folk art. She specializes in charming scenes — shops, circuses, streetscapes — set in the 1930s and drawn from her imagination. Muth has had solo exhibitions, is represented in many museum collections, and was at work on several commissions when I visited her sunny studio in Santa Fe. “But I would paint whether I had people asking for things or not,” she happily admits.

It wasn’t easy for Muth to consider herself an artist; she talks about the transition in the second audio clip below. For ten years, embarrassed by her lack of formal training, she painted in secret. When a local artist dropped by, catching Muth rushing to put her paints away, he said, “What are you doing?” “I said, ‘I’m leaving!’” Muth recalls, “and he said, ‘Let me give you a word of advice. Don’t take any lessons. Just keep going.’” Despite chronic bronchitis that now keeps her tethered to an oxygen tank and has curtailed her teaching work, Muth has indeed kept going. “Painting’s a way of life, and to me that is my life,” she says. “ I’m so glad I found it in my middle years, at least.”